On 30 January 2020, the Dolna Odra Power Plant, operated by PGE Górnictwo i Energetyka Konwencjonalna belonging to the PGE Capital Group, was the venue of signing a contract for the construction of two new gas-fired power units with a combined capacity of about  1400 MW. 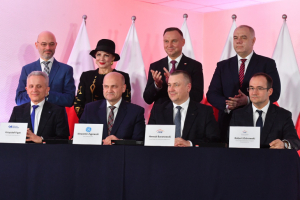 Signed on 30 January 2020 during an official ceremony attended, among others, by Andrzej Duda, President of the Republic of Poland, Jacek Sasin, Deputy Prime Minister and Minister of State Assets, Michał Kurtyka, Minister of Climate, Georgette Mosbacher, U.S. Ambassador to Poland, as well as local parliamentarians, representatives of provincial and local authorities, companies and institutions cooperating with the power plant, and plant employees, the contract provides for the construction of two state-of-the-art, high-efficiency and low-emission power generation units in the Dolna Odra Power Plant. The authorities of the PGE Capital Group were represented by the Management Board of PGE Polska Grupa Energetyczna headed by its President Henryk Baranowski and Robert Ostrowski, President of the Management Board of PGE Górnictwo i Energetyka Konwencjonalna. On the part of the General Contractor, the construction contract was signed by Sławomir Żygowski, President of General Electric in Poland, and Krzysztof Figat, President of Polimex Mostostal.

I am very pleased that we are launching here this much awaited and much needed investment project which is another great step in the modernization of the Polish power generation sector. It will also be a technological leap forward resulting from a certain process initiated over ten years ago by President Professor Lech Kaczyński, who decided that here, in Western Pomerania, in Świnoujście, an LNG terminal would be built. Thanks to this, we can buy gas from all over the world and take full advantage of competitiveness on this market - stressed Andrzej Duda, President of the Republic of Poland in his speech. 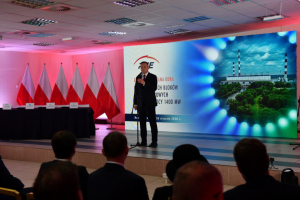 In order to achieve energy security, we need trusted friends and allies, and these are the United States and Poland. Today's contract signing ceremony is another step in the implementation of Poland’s strategy aimed at diversifying its energy sources, and such investment projects contribute to ensuring our countries’ freedom, prosperity and security. I am really proud to be present at the signing of this agreement, which is another example of US firms committed to enhancing Poland's energy security and strong commercial ties between our two countries," said Georgette Mosbacher, US Ambassador to Poland.

Poland's transformation still requires huge capital expenditures on the power generation infrastructure. This is not only related to the climate policy framework, but also stems from our conviction that the transformation is needed to make power generation processes possibly the least burdensome to the environment and people. I am glad that PGE Group shows in practice what the energy transition is all about. The new gas-fired units in Dolna Odra are a new life for the power plant" said Jacek Sasin, Deputy Prime Minister, Minister of State Assets.

The construction of the gas-fired units in the Dolna Odra Power Plant is another stage of the transformation of the Polish power generation industry, which can be described by means of the following three key words: responsibility, security, and modernization. The new gas-fired units will strengthen Poland's energy security, decrease emissions and allow the integration of renewable energy sources such as  offshore wind farms – said Michał Kurtyka, Minister of Climate. 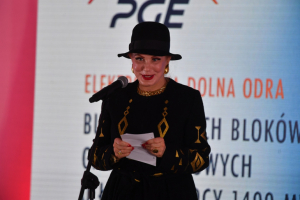 The two gas-fired power generation units to be built in the Dolna Odra Power Plant will be the most modern installations of this type not only in Poland but also in Europe.  PGE's new investment project is one of the key elements of the Group's transformation towards low-carbon power generation.

The new CCGT units will be equipped with class H turbines. Units of this class, compared to the previous generation of turbines, are characterized primarily by higher efficiency (63% compared to 59- 60%). The new blocks will also be highly flexible, which is important in view of the large installed capacity of Pomerania's onshore wind farms. Energy generation in wind installations is variable and depends on the weather, therefore, the new CCGT units in the Dolna Odra Power Plant will provide significant support to stabilise the power system. The units are to be commissioned by the end of 2023.

This investment project in the Dolna Odra Power Plant is another proof that the Polish power generation sector is changing gradually in anticipation of global and European megatrends. It is also our contribution towards securing electricity supplies in Western Pomerania and preparing Poland's power system for the further development of renewable energy sources, in particular for the implementation of an ambitious programme for the construction of offshore wind farms, in which we, as the PGE Group, also participate – said Henryk Baranowski, President of the Management Board of PGE Polska Grupa Energetyczna. 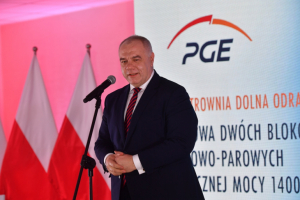 The units to be built in the Dolna Odra Power Plant have been awarded a seventeen years’ contract in the main auction of the capacity market, which will be launched in 2024. They will meet the rigorous environmental standards applicable to emission performance. At present, the average power generation emission performance for the National Power System is about 0.8 tonnes of CO2 per MWh. The new units will emit less than 0.35 tonnes of CO2 per MWh. Consequently, the commissioning of the new units will allow the reduction of emission by approximately 2-3 million tonnes of CO2 per year.

The implementation of this investment project is in line with global trends in the power generation industry providing for the use of low-emission generation units, which perfectly matches the strategy of PGE Group. GE turbines to be installed in the Dolna Odra Power Plant are designed in such a way that in the future they can be relatively easily adapted to the firing of natural gas with a significant admixture of hydrogen. This will enable a further reduction of the CO2 emission index of these units – said Robert Ostrowski, President of the Management Board of PGE Górnictwo i Energetyka Konwencjonalna.

The construction of new power generation units will allow the utilization of the potential resulting from the availability of fuel supplied to the LNG terminal in Świnoujście and the planned route of the Baltic Pipe gas pipeline. 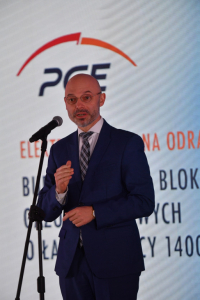 The investment project in Dolna Odra will be carried out by the consortium of companies composed of General Electric (the consortium leader) and Polimex Mostostal, which has been awarded the contract for the design, supply, construction, assembly, start-up run and commissioning of two CCGT units together with complete underground infrastructure. The net value of the contract is PLN 3.7 billion. The contract provides additionally for a twelve years’ maintenance agreement with a net worth of over PLN 1 billion.

As GE Gas Power, we are happy to work with PGE and Polimex Mostostal on this investment project under which we will provide the state-of-the-art technology for the two new CCGT units in the Dolna Odra Power Plant. This project will use our experience in the implementation of turnkey investments and will allow the use of the leading gas turbine technology, thus supporting Poland on the European path towards the energy transition. For 70 years, GE has been contributing to the development of the Polish power system, and we look forward to continuing and developing this cooperation – said Sławomir Żygowski, President of the GE Management Board in Poland.

The contract signed today is not only another ambitious project in the portfolio of Polimex Mostostal Capital Group. The company celebrates its 75th anniversary this year. We are proud to have contributed to the building of “The Poland of the Future”. The new CCGT units in the Dolna Odra Power Plant are one of the most important and modern projects carried out by Polimex Mostostal in Poland. Our unique and extensive experience combined with GE's professional technological support is a guarantee that the investment will be our common success and another strategic power generation unit in Poland built by our company  - added Krzysztof Figat, President of the Management Board of Polimex Mostostal.

The construction of the two new gas-fired units will allow the restoration of the generation capacity of the Dolna Odra Power Plant. Capital expenditures on modern gas-fired installations constitute a guarantee of the long-term operation of the power plant, which plays a key role in the National Power System as the only system generator for the north-west of Poland. Currently the plant comprises six coal-fired power generation units which, besides electricity, generate heat for individual, industrial, and municipal customers in the town of Gryfino. They are equipped with installations limiting the emission of nitrogen oxides, sulphur and dust, and thanks to the application of the latest technologies, they meet the applicable emission standards. During the past 20 years, the Dolna Odra Power Plant has reduced its emissions of nitrogen oxides more than seven-fold, sulphur oxides 32-fold, and dust as much as 50-fold. In the future, under the PV Programme launched by the PGE Group, the premises of the PGE Dolna Odra Power Plant are to hold a photovoltaic farm with a capacity of approximately  100 MW. 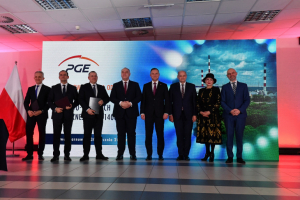 Until eight years ago, the investment strategy of the Dolna Odra Power Plant for the years 2012-2035 had not provided for any concrete modernization projects to guarantee the plant's continued operation. However, with the active support of the local community representation, plans for the extension of the functioning of this most important power producer in Western Pomerania started to be developed. Initially, in order to restore the generation potential of the Dolna Odra Power Plant, a development option based on coal was proposed. As part of the pre-investment stage, another option providing for the construction of a 500 MW coal-fired unit was considered. Eventually, in 2017, the project team recommended a variant of a gas-fired unit. The decision on the choice of technology had to take into account the operational conditions of Dolna Odra in the national power system.  Another reason for the choice of the gas technology was the power plant's location far from coal extraction sources, relatively close to the Świnoujście LNG terminal, and in a region characterized by a considerable share of changeable wind-based capacities. The flexibility of gas-fired units and the need to balance unstable energy sources were very important factors determining the choice of the optimum technology. The results of the feasibility study allowed PGE to consider a project with a capacity twice as high as originally assumed, i.e. the construction of two gas-fired units, each with a capacity of  500 MW. Eventually, after in-depth analyses, in 2019 it was decided to build two 2x700 MW gas-fired power generation units in the Dolna Odra Power Plant.